I was having a typical morning, sitting at my desk doing paperwork, when I got a text notification.  I picked up my phone and it read: “Hello, Dave.  This is Jyl.  You did Rylie’s senior photos for us last year.  Well, we had a setback in our college education.  On the first day of class, Rylie was diagnosed with Hodgkins Lymphoma.”  I felt like I had just been punched in the stomach.  I had thought she was contacting me to possibly order another print or something from her session with us, not to deliver such difficult news to hear.  Her text continued to say that Rylie had already had 7 of her 12 scheduled chemo treatments and they expect her to be fully cured, which was so good to hear!  She continued that she and Rylie thought it would be a great idea to document this life event with some “bald” photos.  Knowing we are a senior portrait only studio, they asked if we would be interested in doing this for them.  ABSOLUTELY!  I said I would call later that day to discuss scheduling.

As the day went on, Rylie never left my mind.  I couldn’t imagine this beautiful high school cheerleader I had photographed not long ago being told on her first day of college that she had cancer.  This was suppose to be her next big step in her life’s journey.  I began to reflect back on her senior portrait session with us.  There were so many memorable things about it.  I recalled her mom and grandmother walking into the studio that day carrying Rylie’s wardrobe in on a clothing rod from a closet.  Their organization was impeccable, with every detail thought of. We photographed her in 14 outfits that day, a record for our studio!  She had chosen a rustic location for her session and she wore everything from cowboy boots and hat to her cheerleader outfit.  Her dad met us with her puppy, Mags, so she could get some photos with her too.  It was such a great time and her images from that day are beautiful. 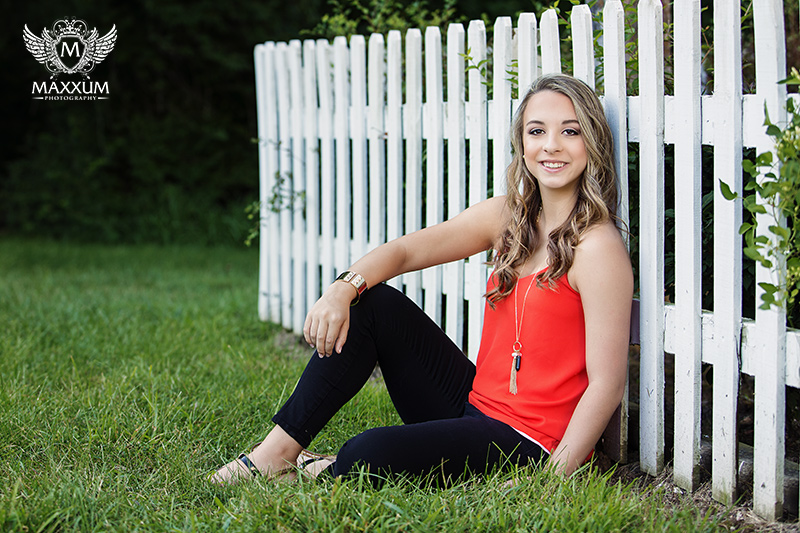 Not knowing what they had particularly in mind for the photo shoot,  I kept thinking back to her words of “document this life event”.  In my mind, that meant an editorial feel to some of the images.  I envisioned black and white images, using solemn facial expressions that would convey the struggle that fighting cancer is and invoke emotion in those who would view them.  We would progress into beautiful and colorful images featuring Rylie’s beautiful smile and personality, images that show her winning this battle.

I spoke with Jyl that evening and she filled me in on greater detail of what they had been going through these past months.  As a parent myself, I just knew what a tough journey this was for her and her husband. After hearing what they had in mind for the shoot,  I shared with her my ideas and they were open to allow me to create for them, which I felt honored to do.

Session day arrived a few weeks later and Rylie and Jyl arrived at our studio.  To my surprise, Rylie had some hair!  Her mom had told me she had a “lovely head” in her text to me and she was right!  I was so excited to get started so we took her to our dressing room where we had our wondeful makeup artist, Mandy McKenna waiting for her.  Mandy had done Rylie’s hair and makeup for her senior portrait session and they really wanted her back for this session.  While Mandy got started with Rylie, she and Jyl shared more details about how they found out about the cancer.  Rylie explained that she had moved into her dorm for Rush Week at the University and quickly noticed that the hills and stairs were making it difficult to breathe.  As the week went on, breathing became more difficult during normal activity and her clothes were starting to fall off due to rapid weight loss.  Instead of getting to participate in campus bid day, her mom arrived and took her to the campus clinic where the doctor was very concerned about her rapid heart rate and a lump in her neck.  A followup x-ray showed a large mass sitting on top of her lungs and a CT scan showed that it was restricting her trachea.  She was hospitalized immediately and began receiving treatments to prevent it from closing off her airway.  It was then determined it was stage 3B Hodgkins Lymphoma.  They were ensured by the medical staff that any stage of Hodgkins is curable and that was the goal.  She remained in the hospital for a week.

Rylie then experienced what people dread: hair loss from the chemo treatments.  Obviously it was an emotional time for her but she said something to us that really stuck.  She said, “Hair is just an accessory.”  So true!  She told us she went as Britney Spears (shaved head version) this past Halloween!

The photo session went perfectly and we had Rylie and her parents back to the studio the following week for her image reveal.  It was an emotional time as we shared the images but they loved them as much as we do.  Since Rylie’s View & Choose session, we have learned that she is now in remission!  She is continuing her treatments and we pray that she will soon hear that she is cancer free.  Her images from her session day are beautiful and we are thankful they gave us this opportunity to create them. Fight like a girl, Rylie!  #beatcancer 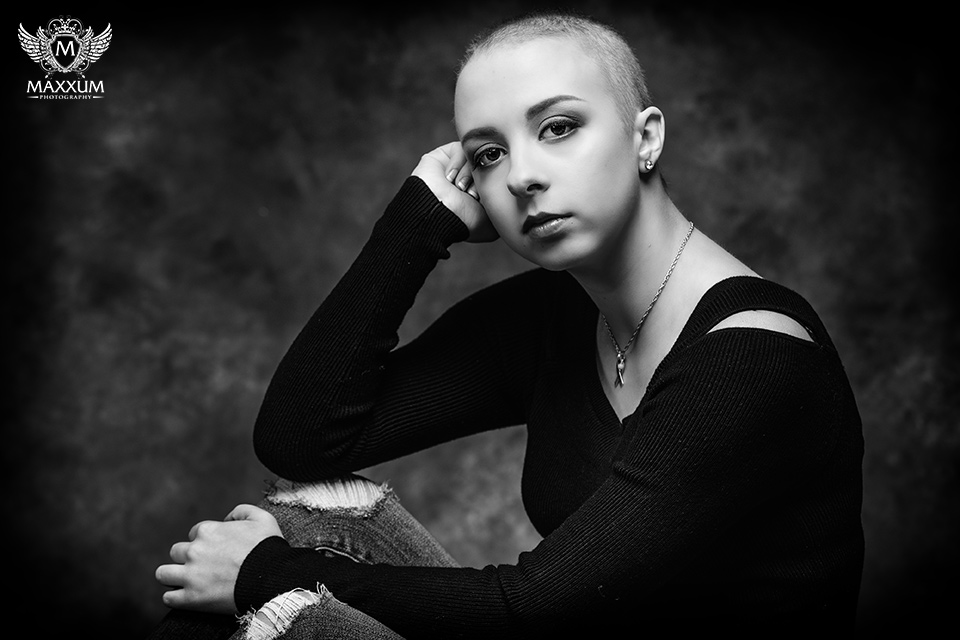 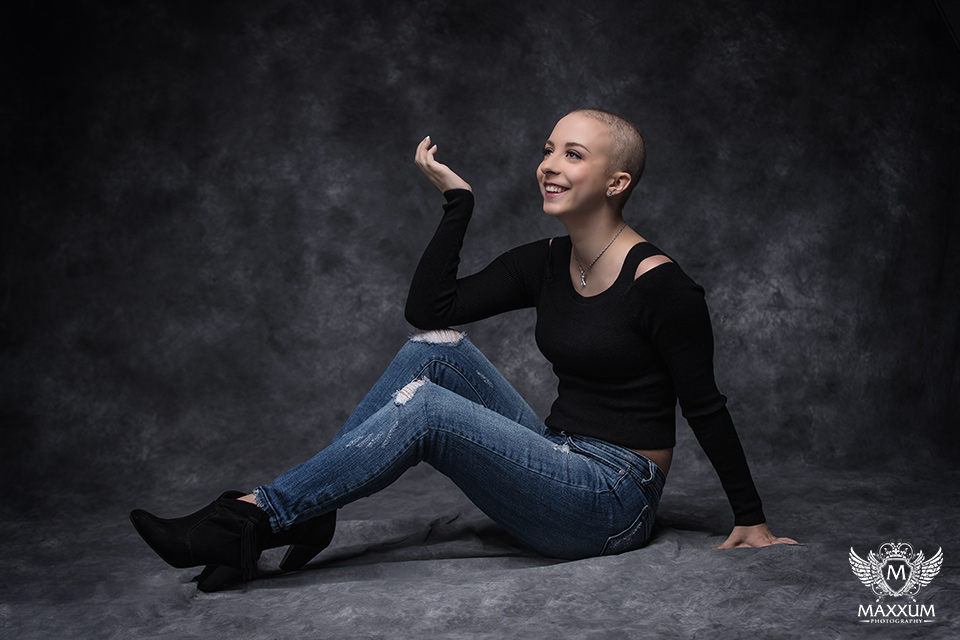 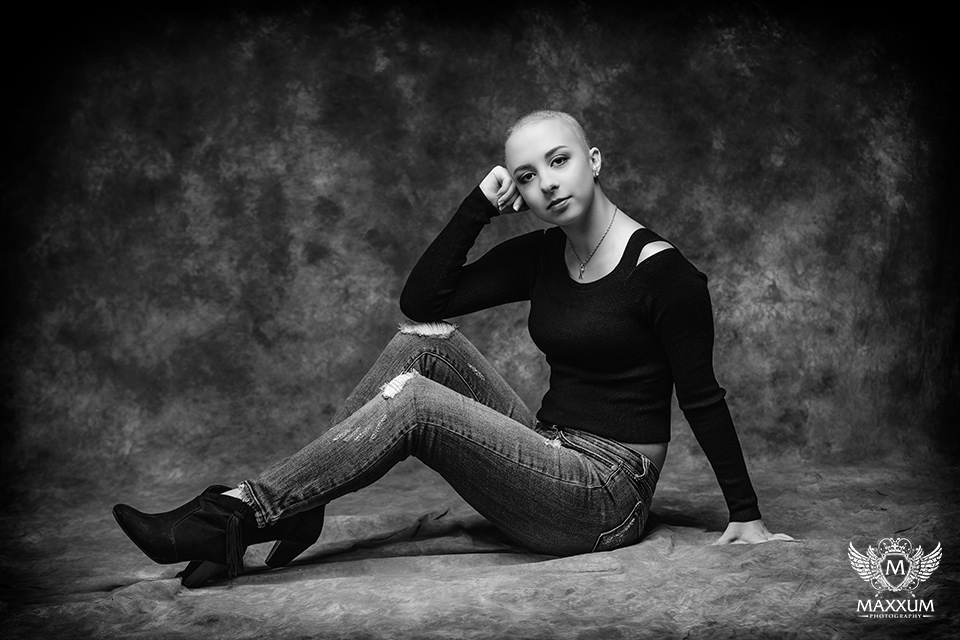 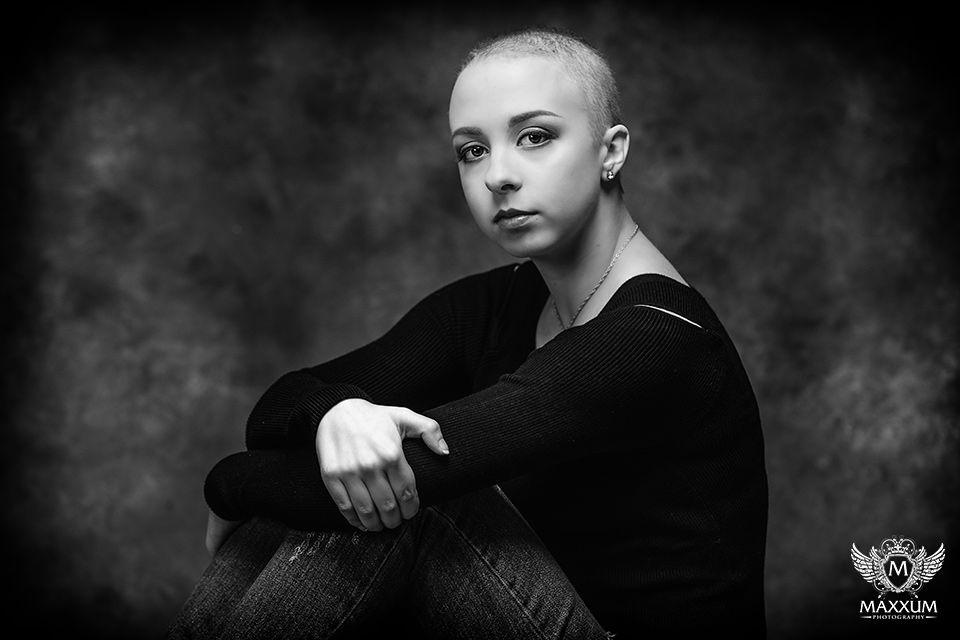 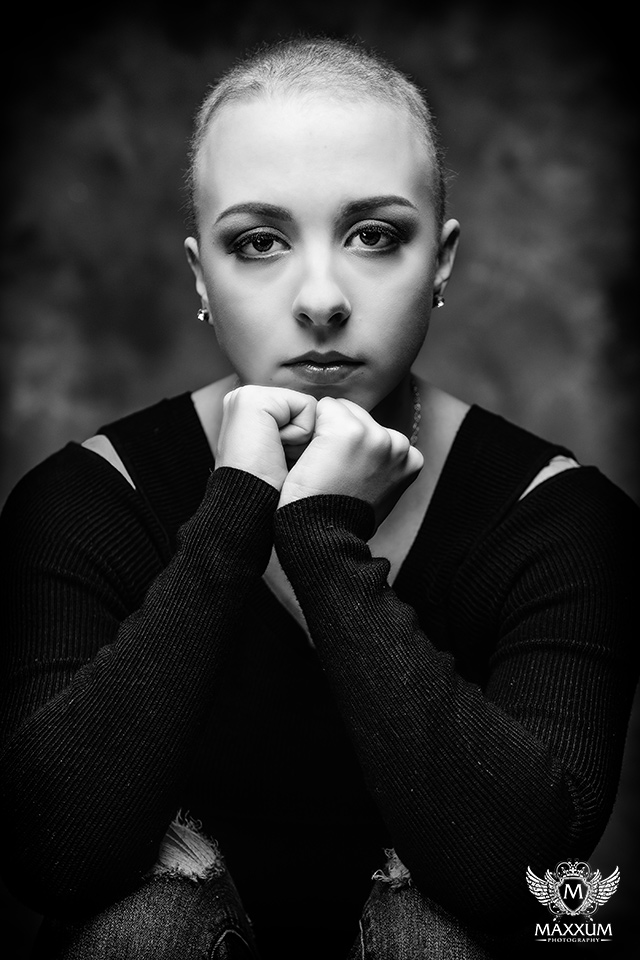 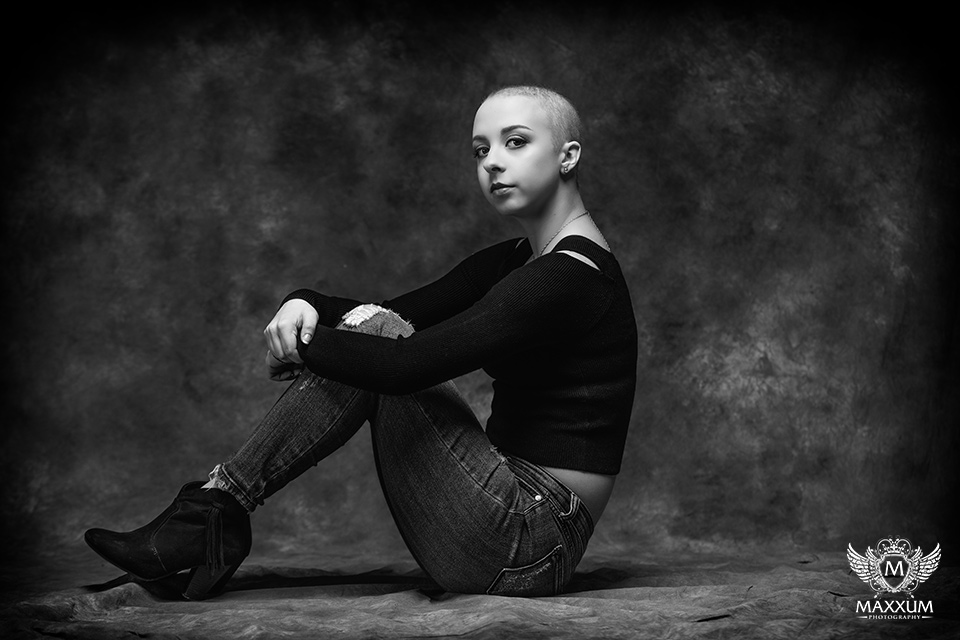 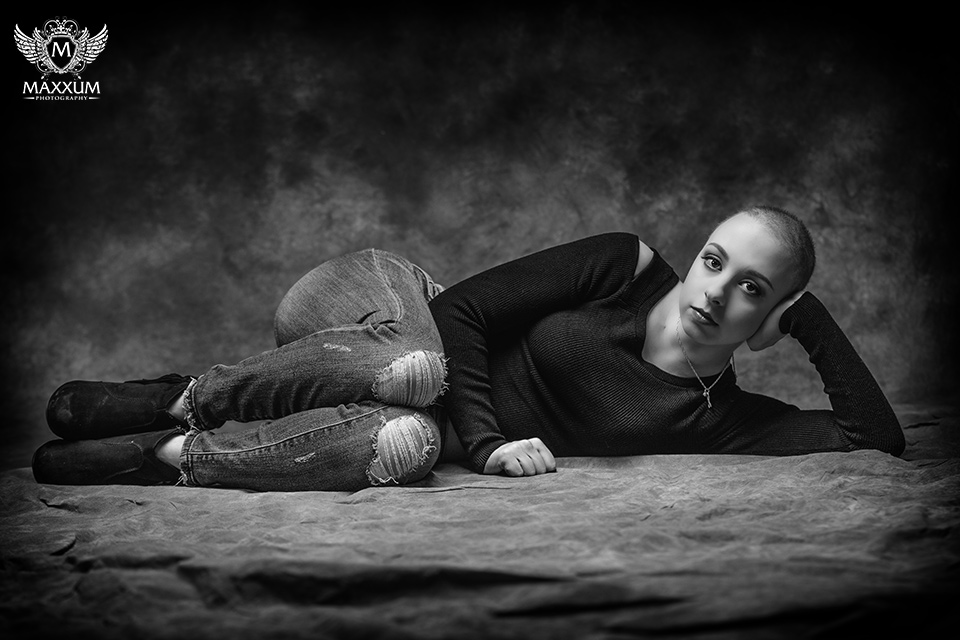 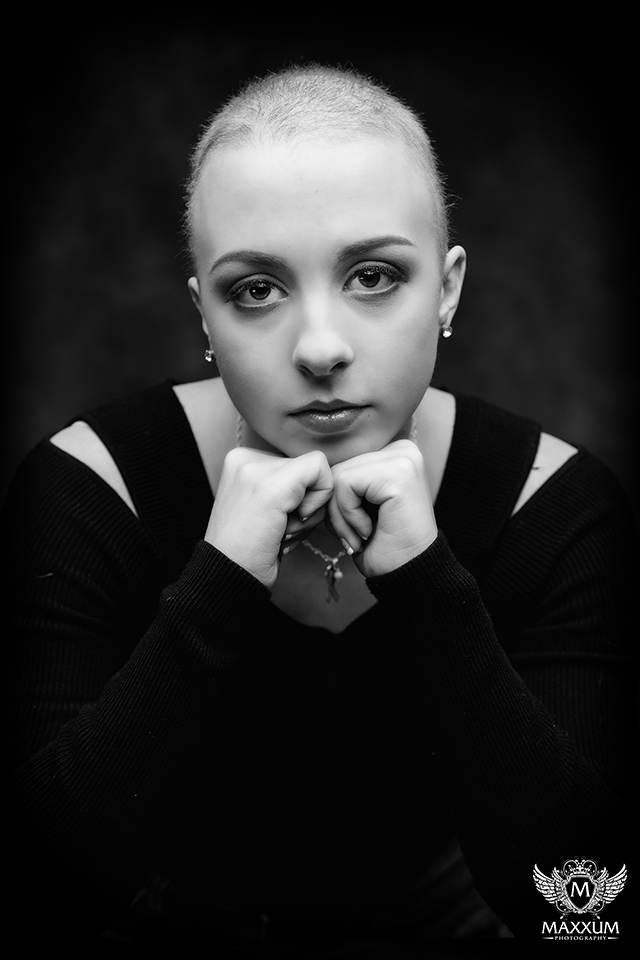 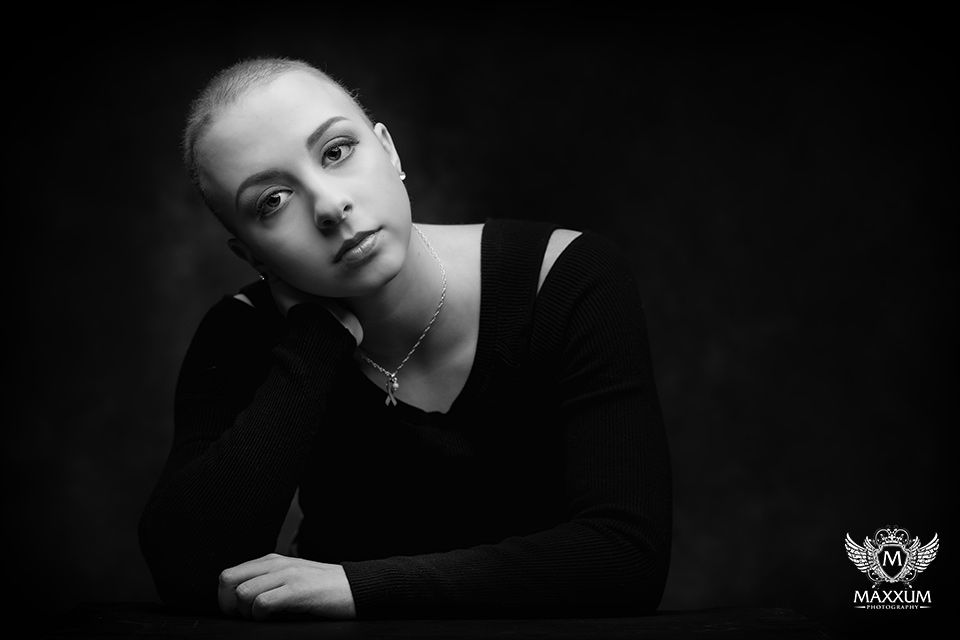 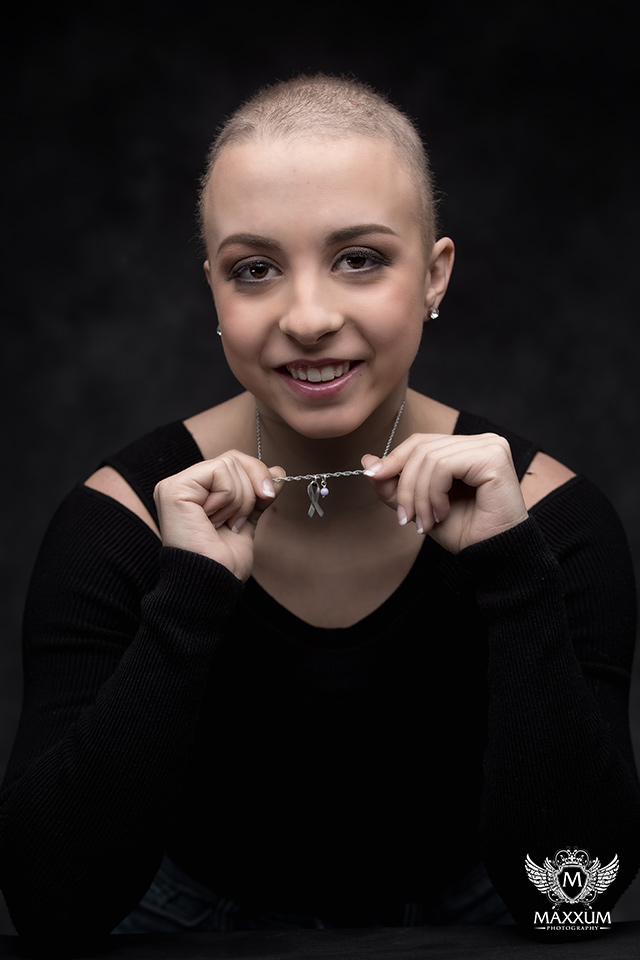 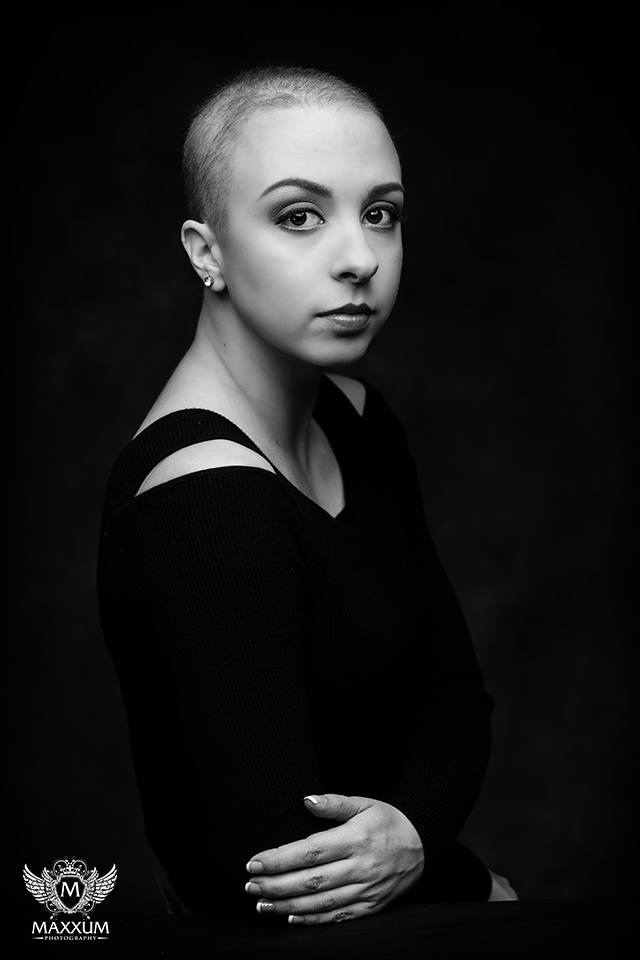 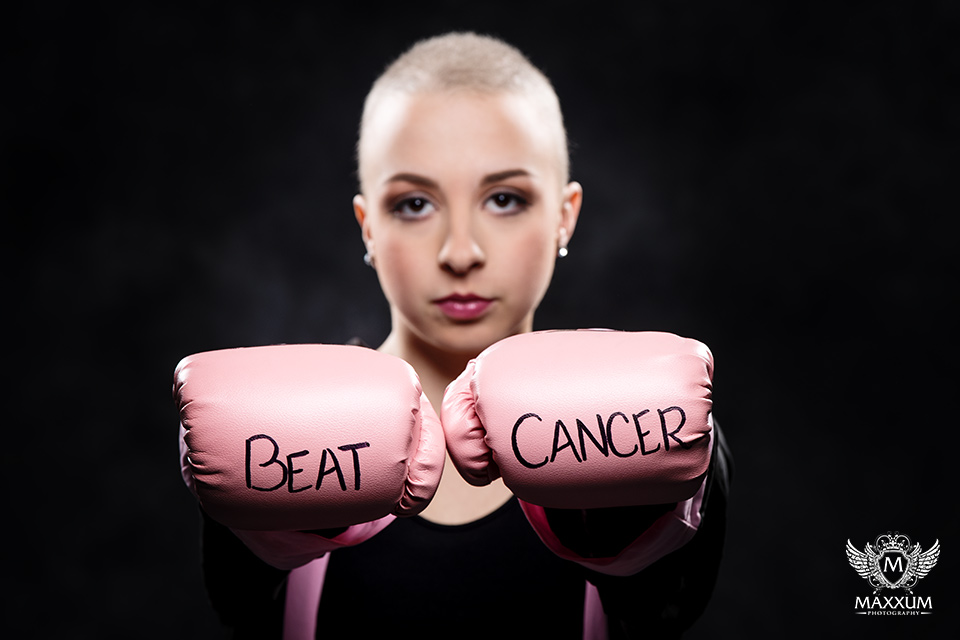 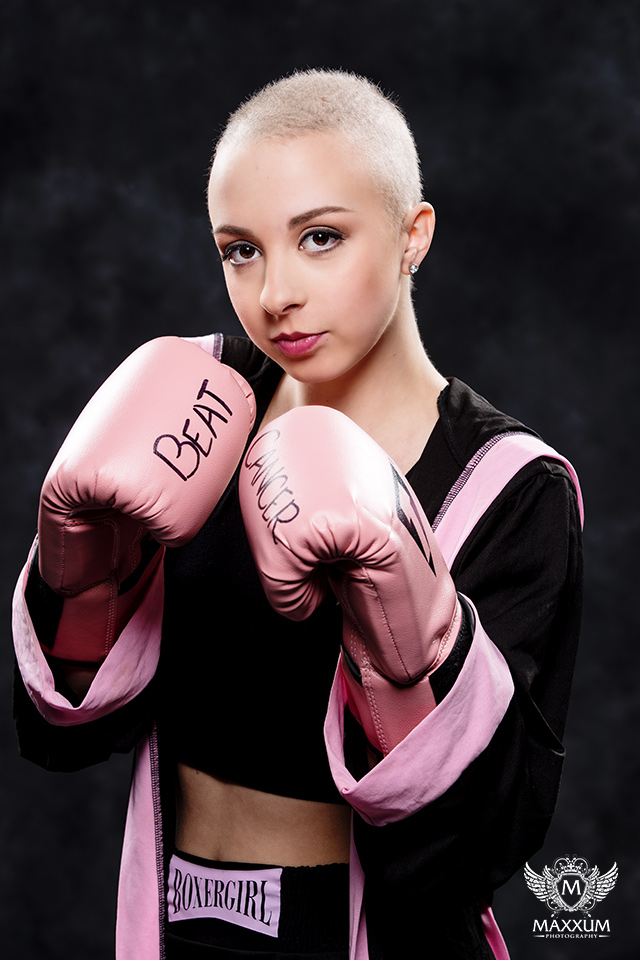 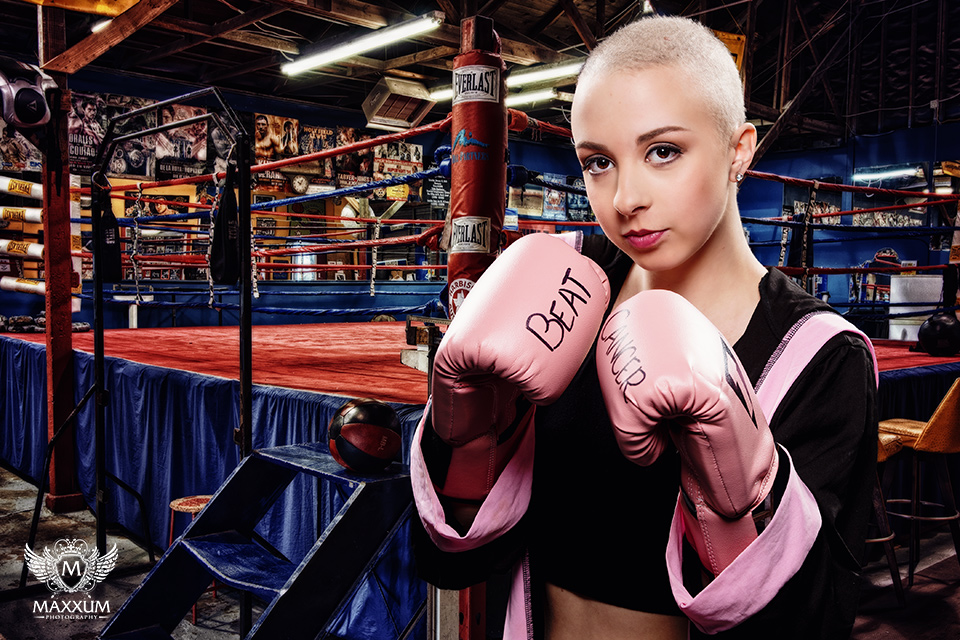 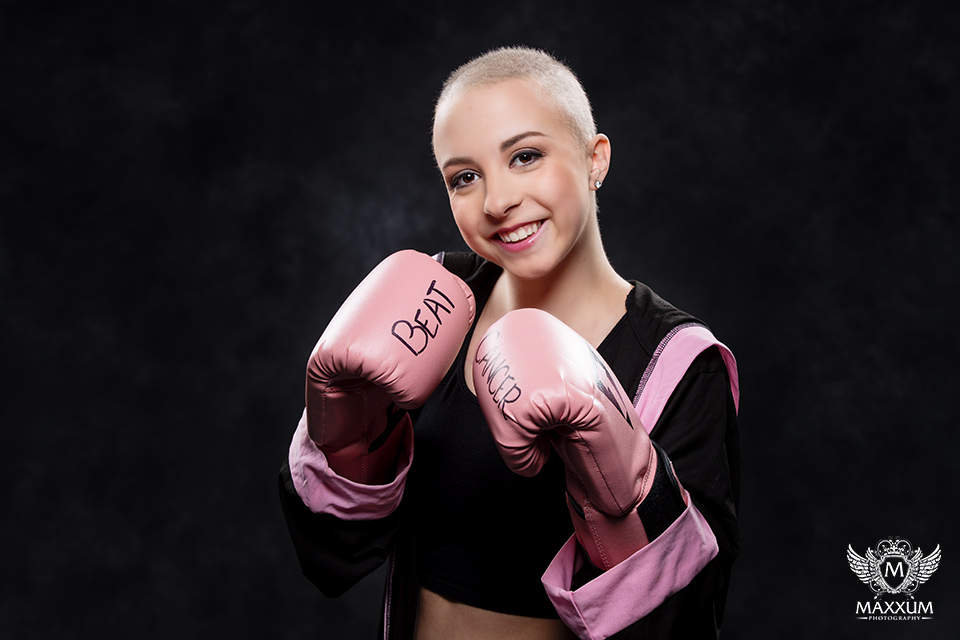 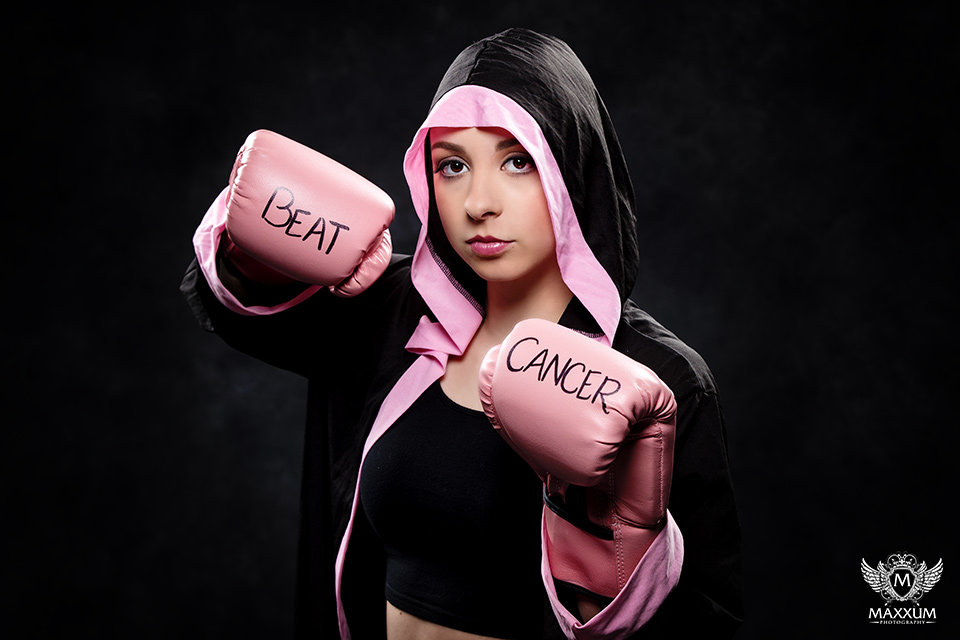 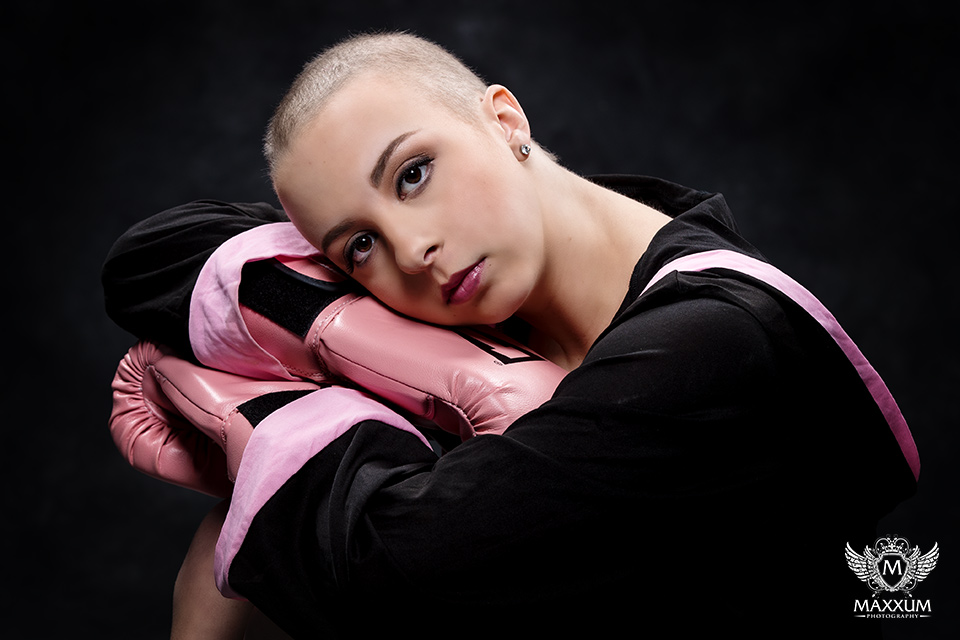 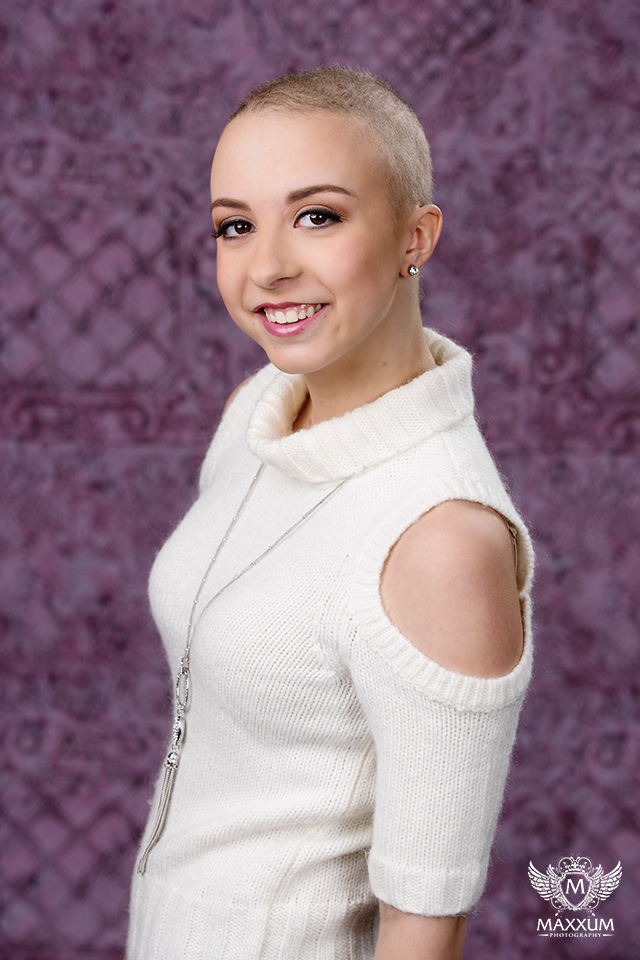 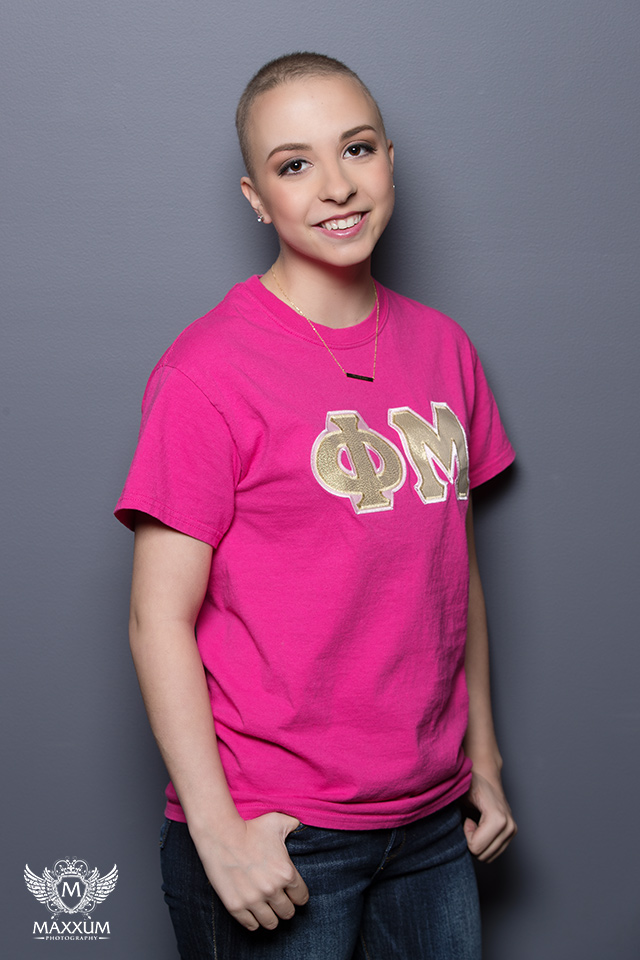 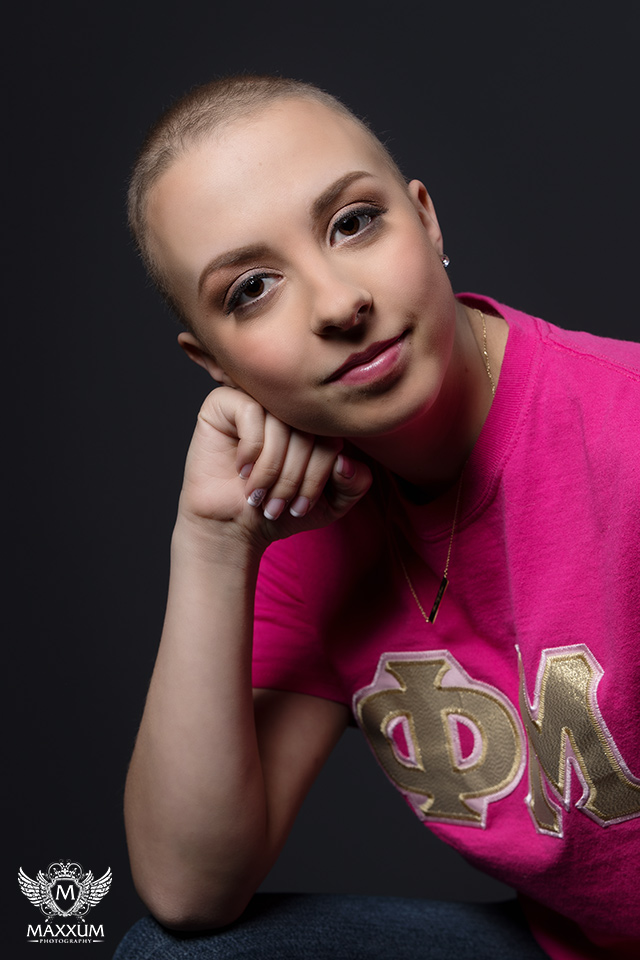 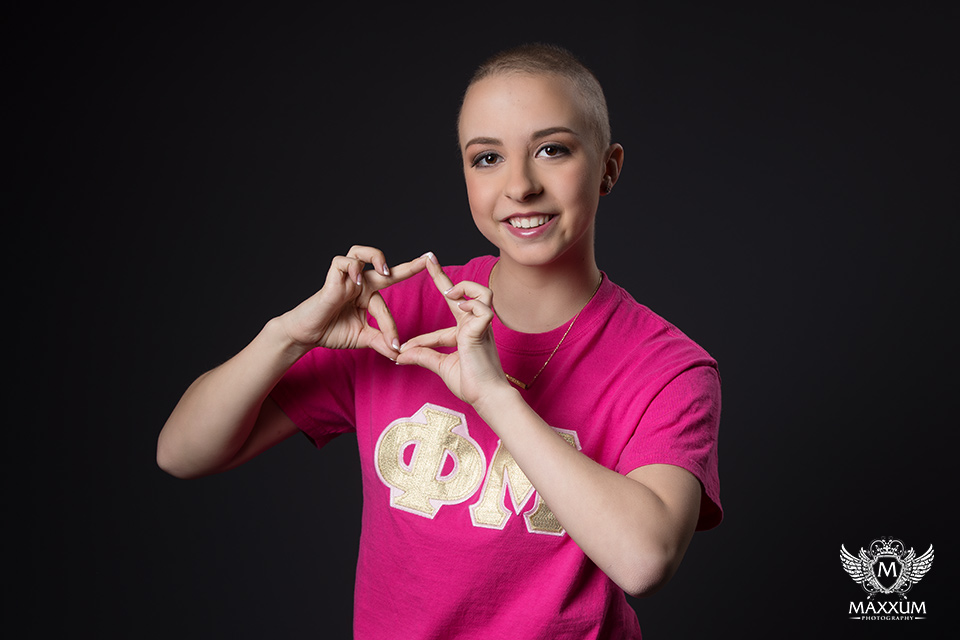 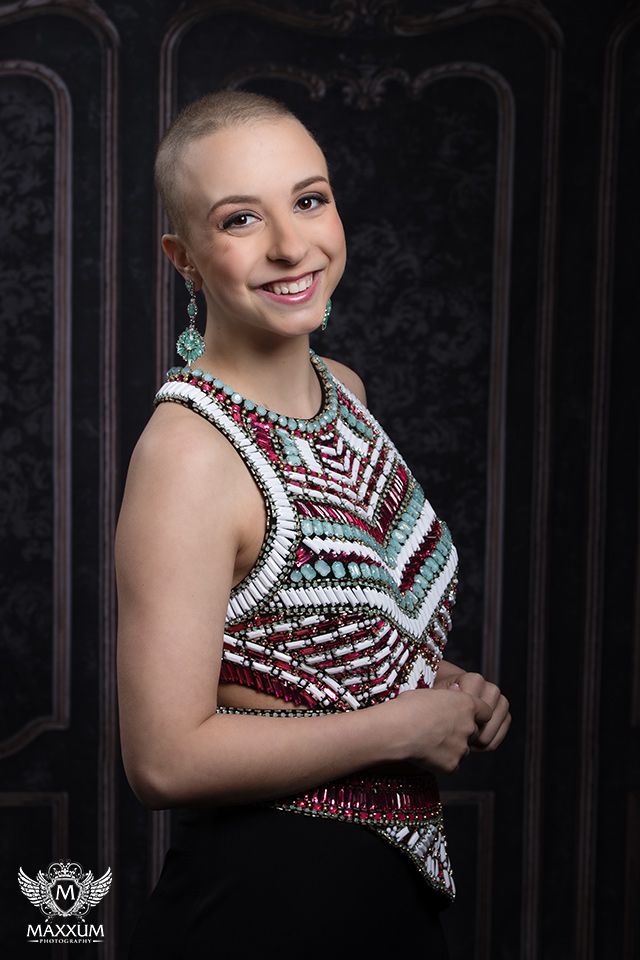 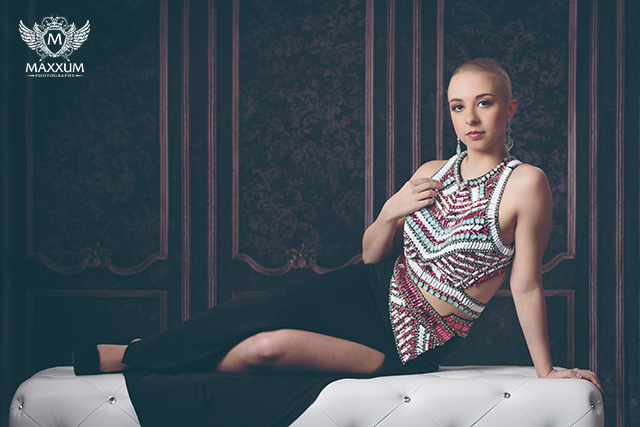 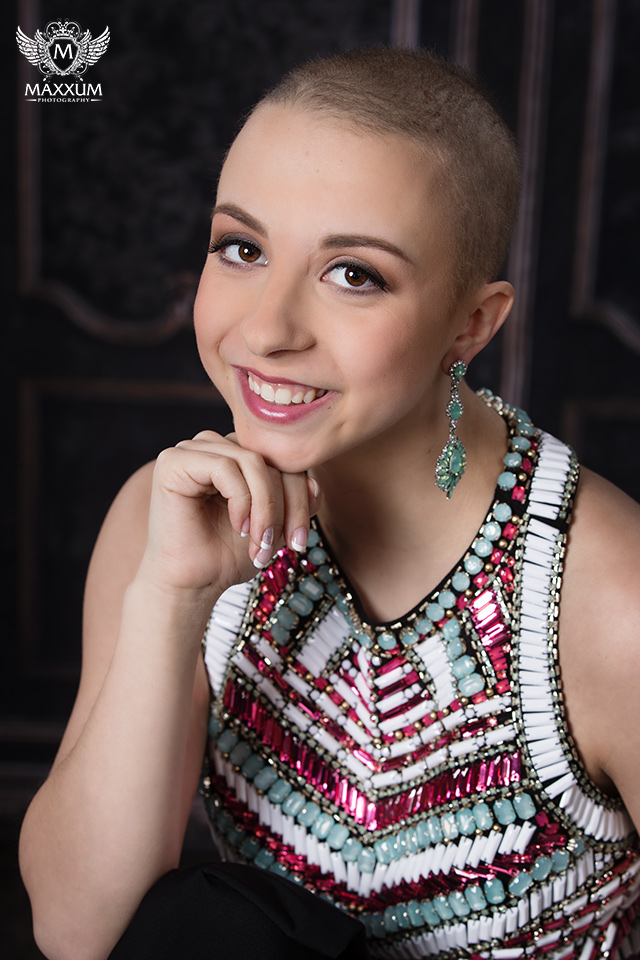 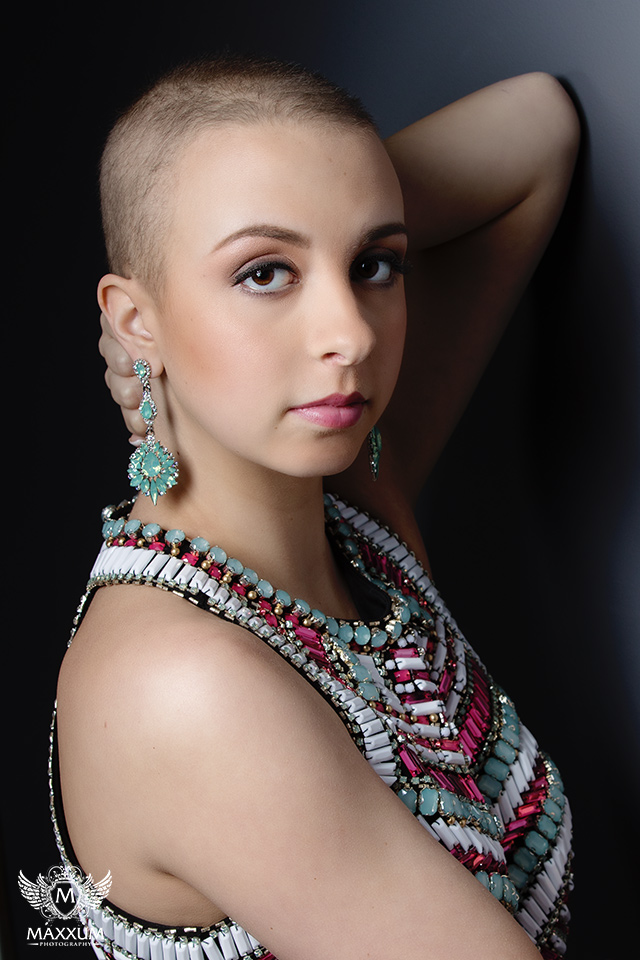 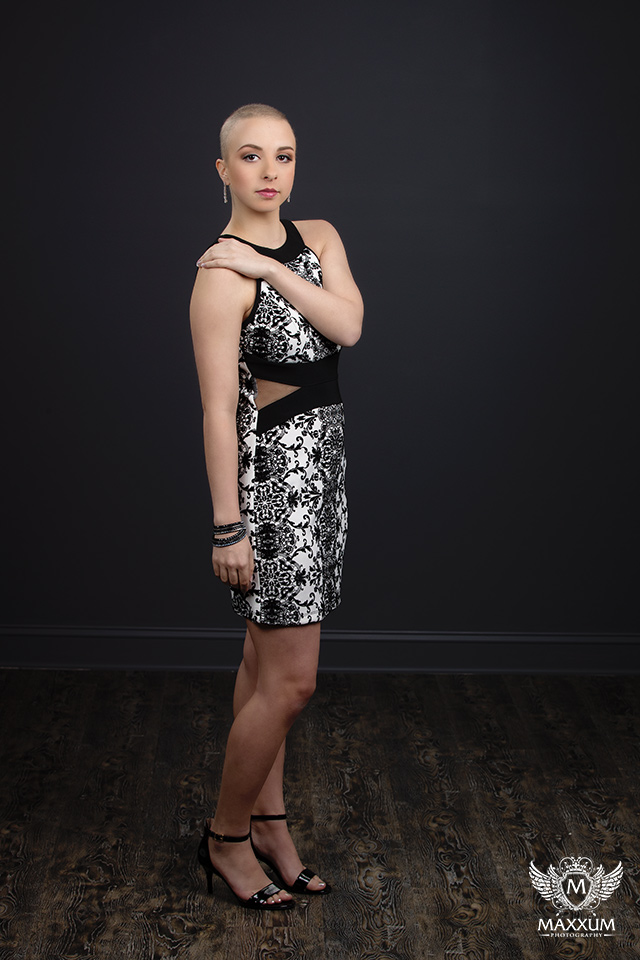 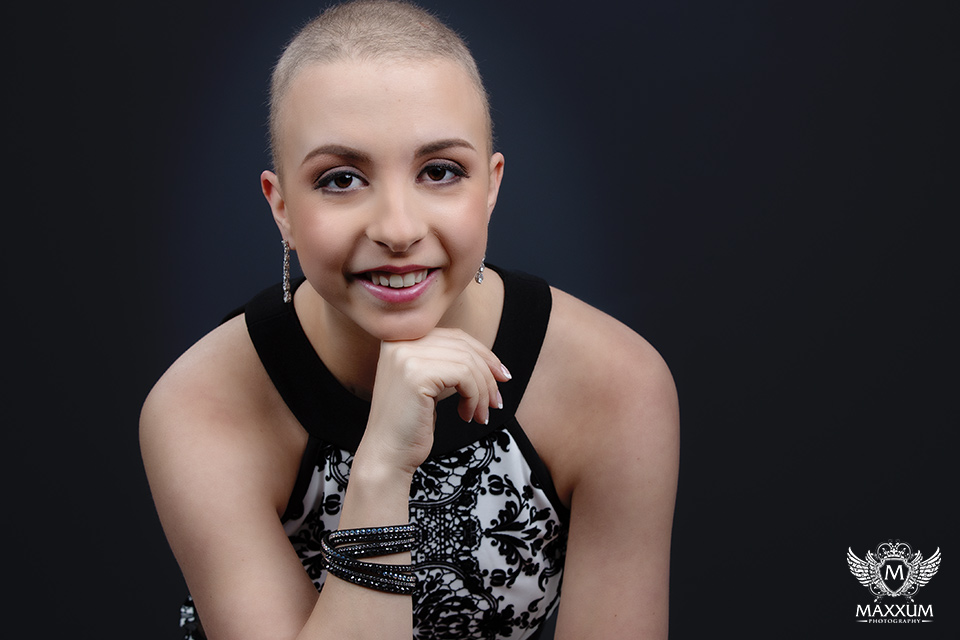