Back in March of this year, we had the extreme pleasure to photograph three beautiful models in a creative shoot we had planned to coincide with our trip to a photography conference in St. Louis.  It has been our desire for some time to do a “Steampunk” themed photo shoot and it seemed the perfect time to check it off the list.

Our plan was originally to photograph the models in a desolate location in the area but a great opportunity presented itself when we put out a call to friends to see if they could help us create and even more “epic” shoot.  That was when it appeared that one of our close friends had some connections to pilots and aircraft owners.  It had been a dream of ours to use a vintage biplane as a prop in a shoot and a friend of a friend knew someone that owned one in the area we would be in.  Combining the Steampunk theme with a vintage Stearman biplane was a perfect merger.

We assembled a couple outfits for the models to wear, including handcrafted hats, and they looked absolutely perfect for our shoot.  We enlisted one more model who already had her own outfit and we were off to the airport.  Jon, the pilot, met us at the field and when he opened the hangar door, there was a magnificent yellow plane to behold.  Everyone in attendance was excited at this opportunity and it was a huge adrenaline rush to see the plane fired up and taxi to the grass ruthough it was a cool and breezy day, our models did a great job for us and we wound up with a beautiful sky at the end of the shoot.  It was a fun evening and we appnway where we would shoot.

Appeciate all of those who helped make it possible. 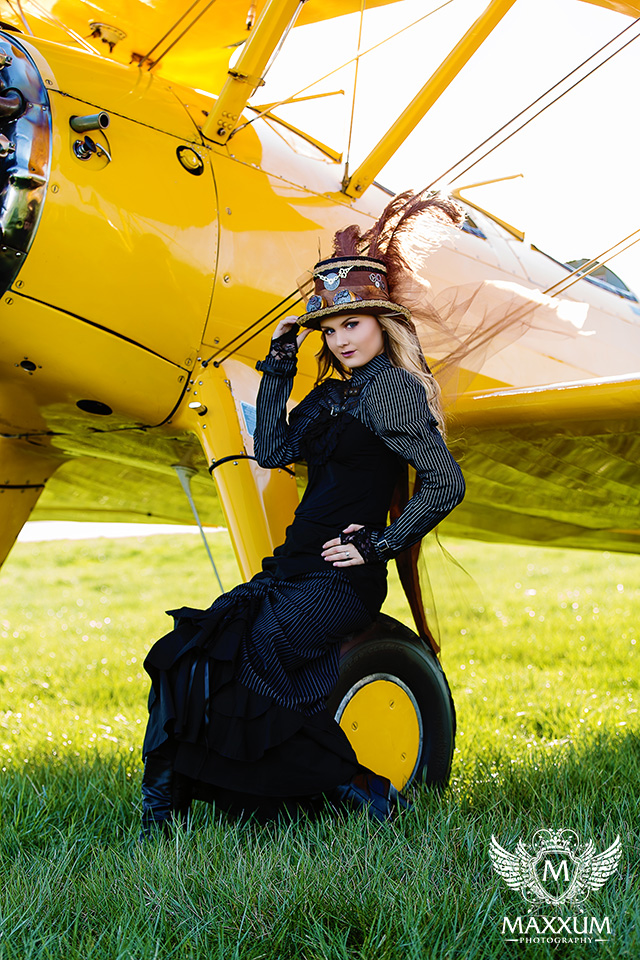 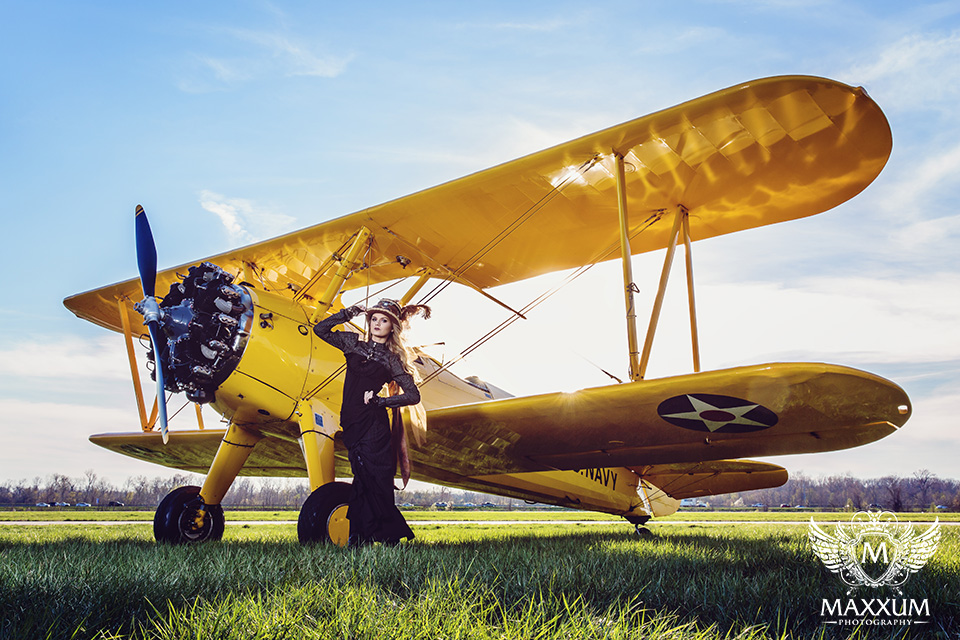 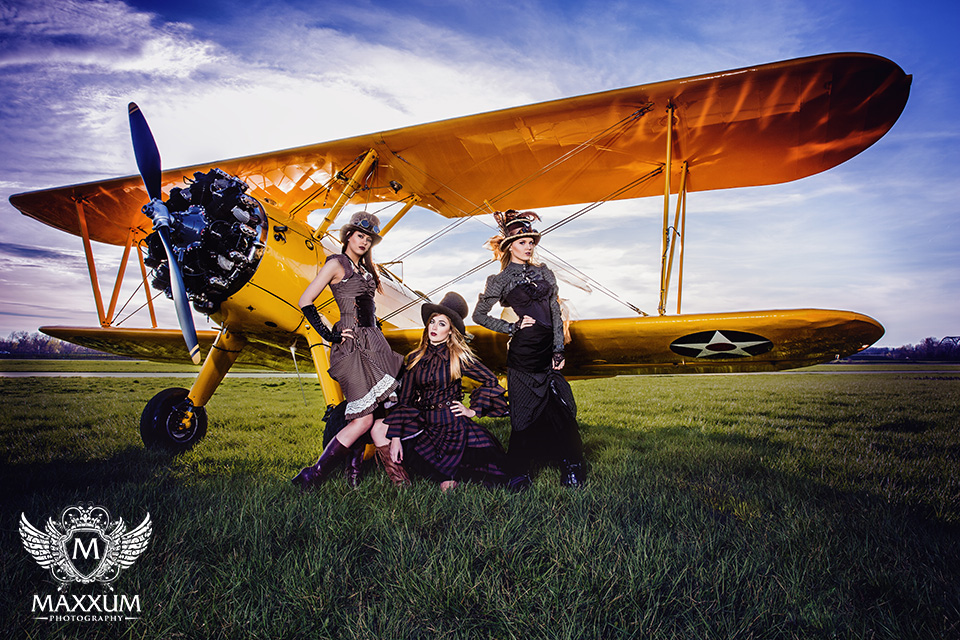 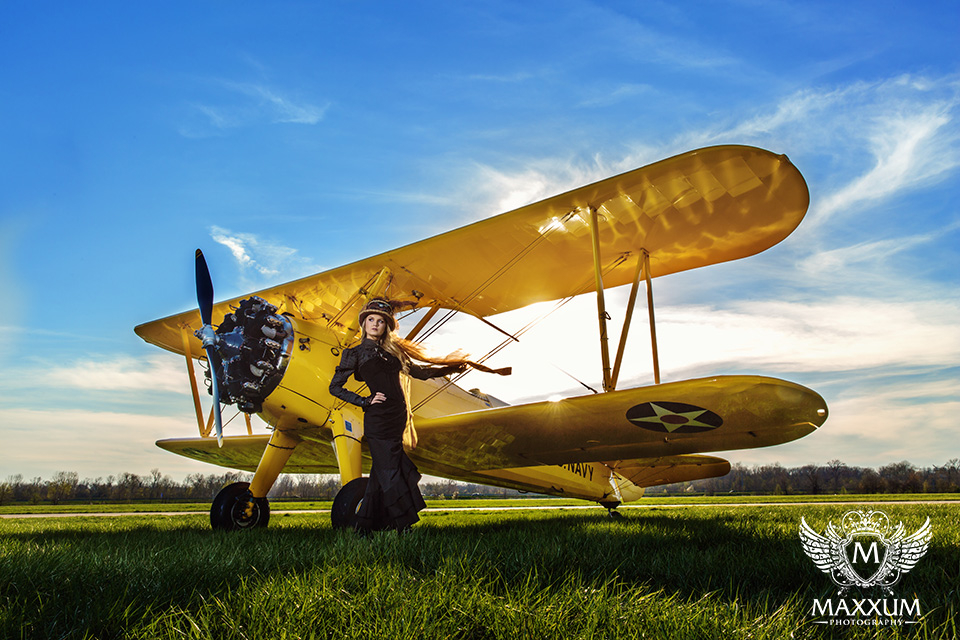 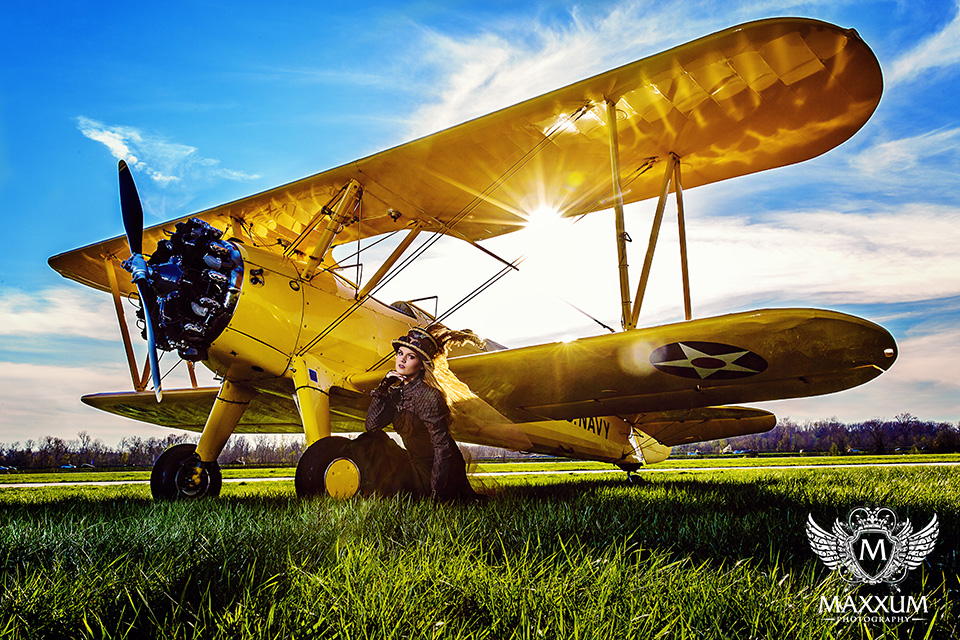 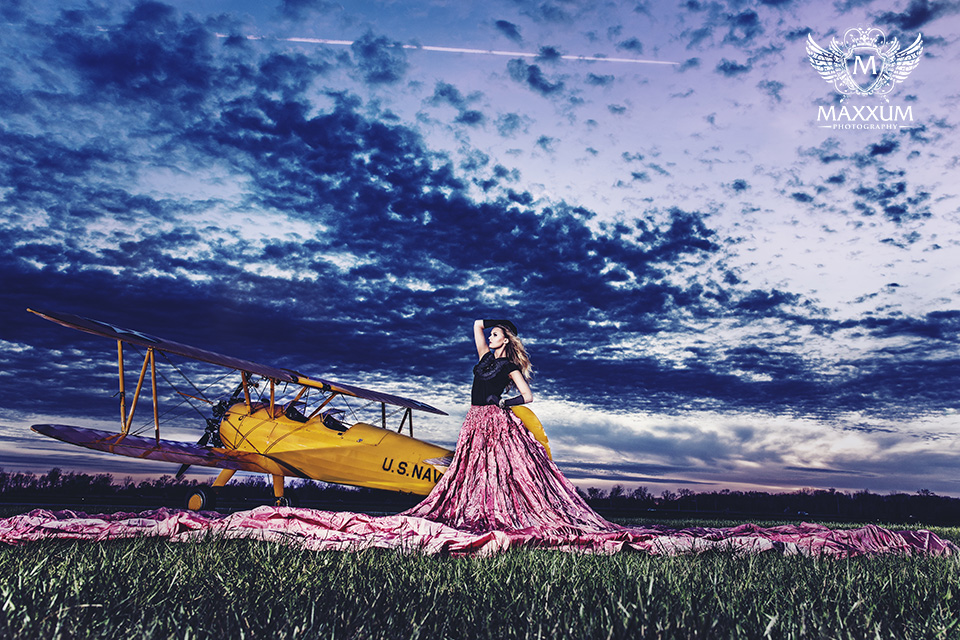 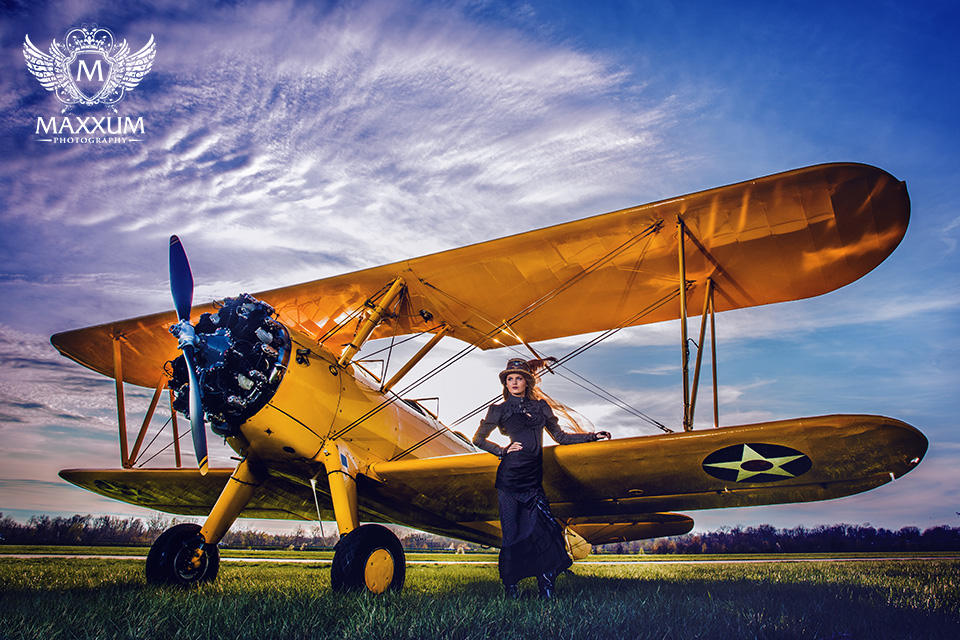 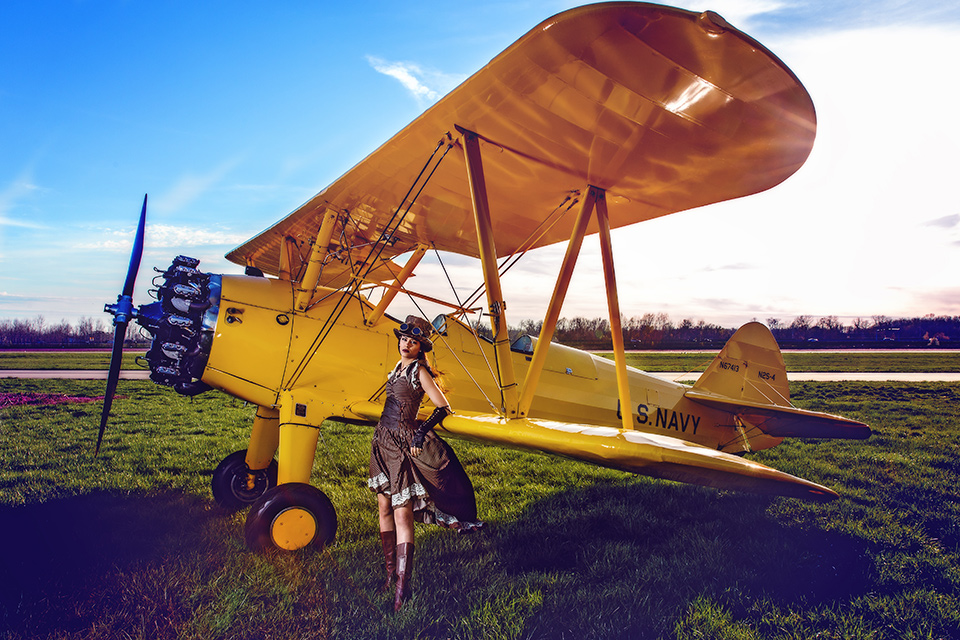 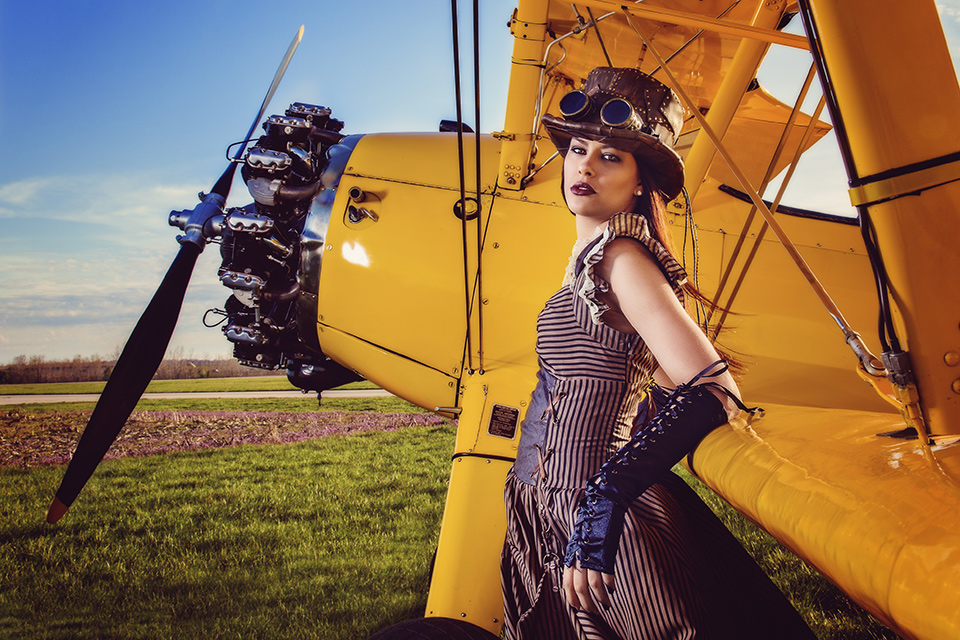 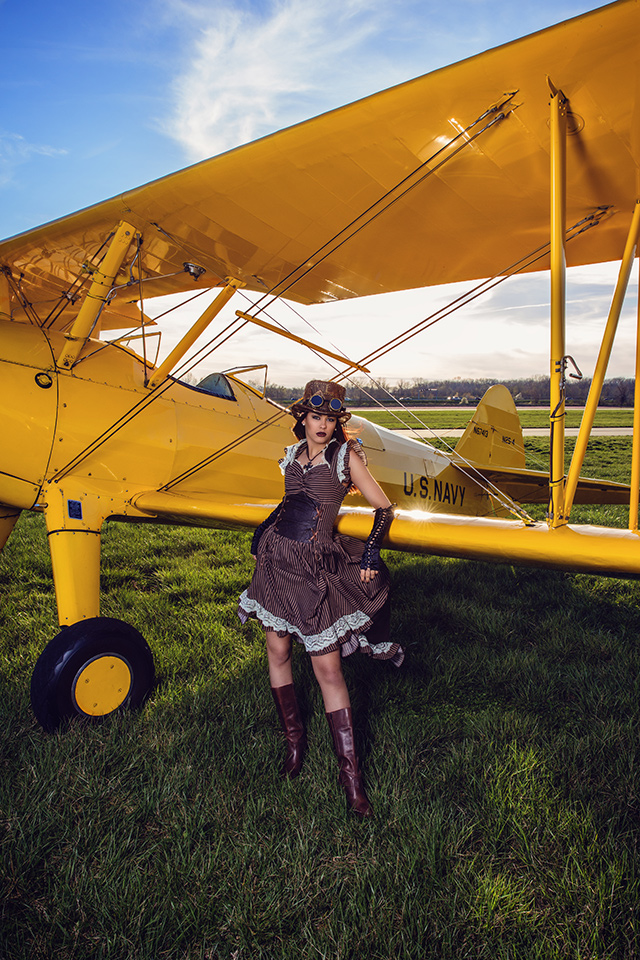 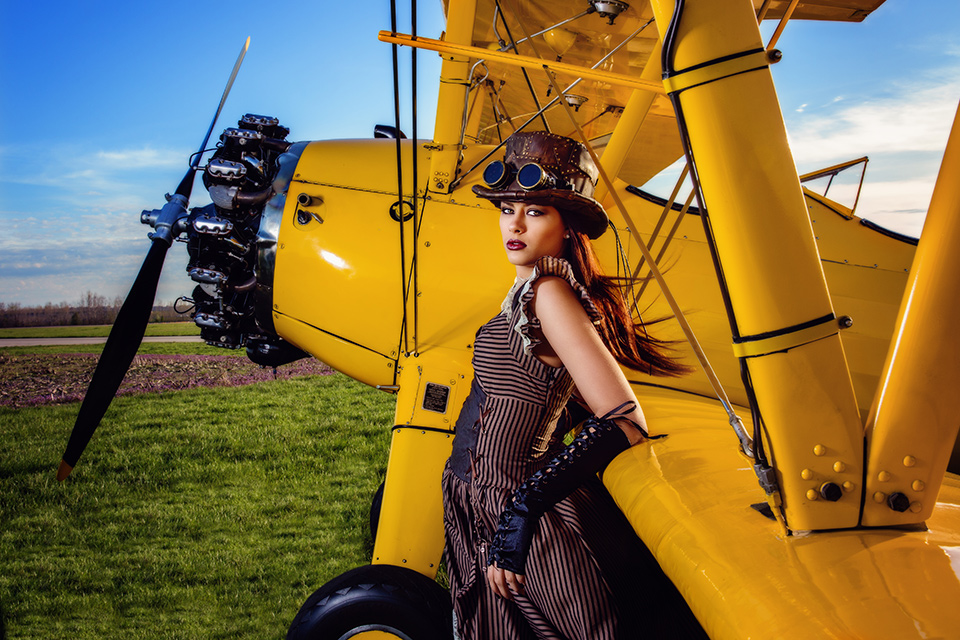 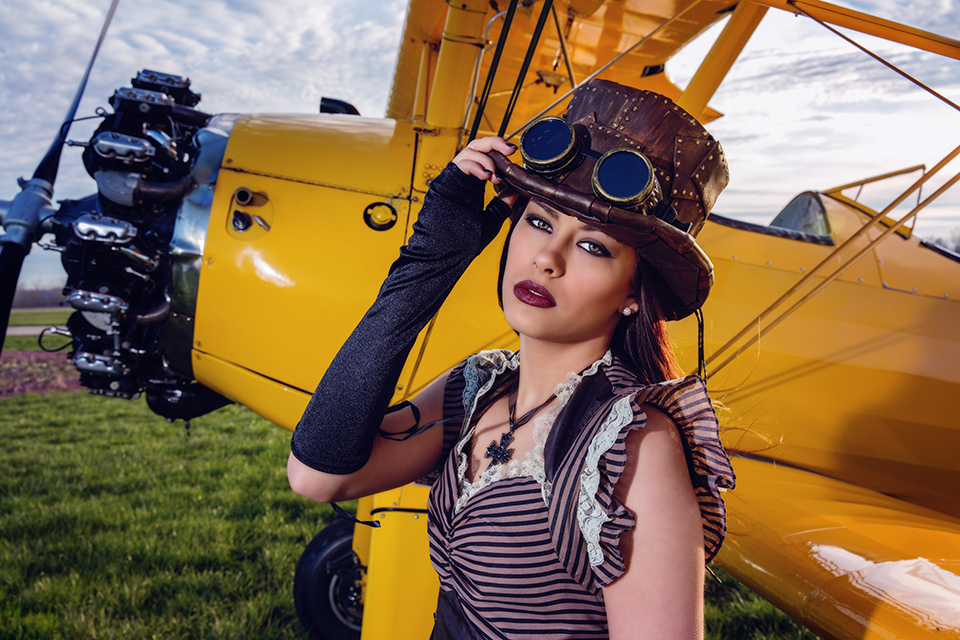 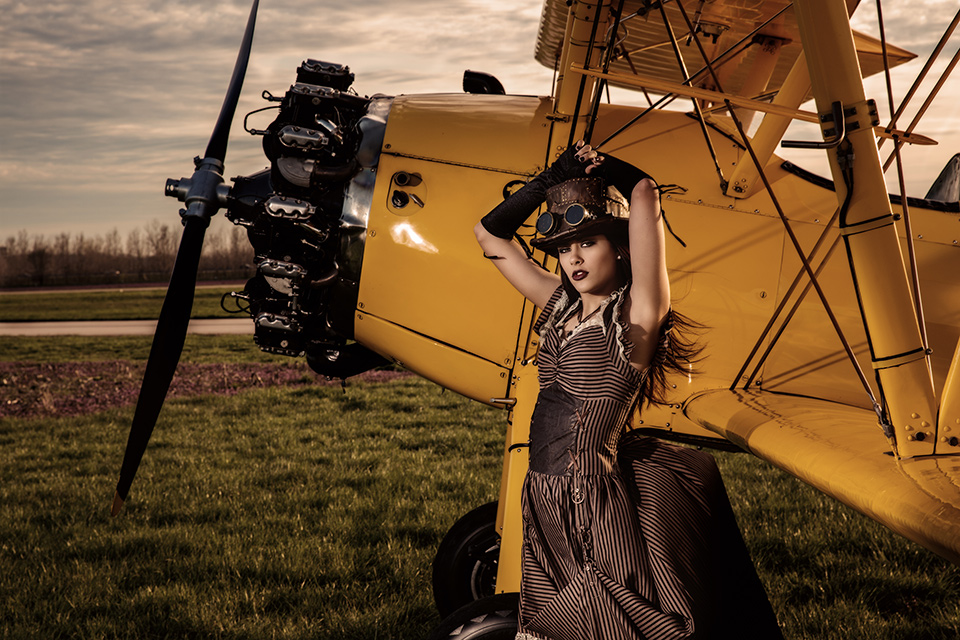 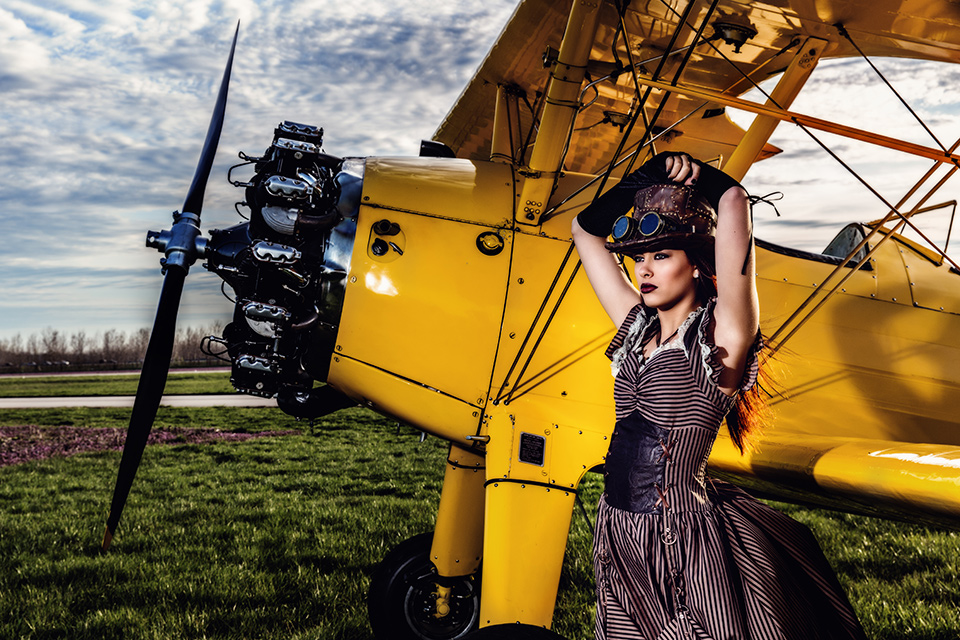